Time-resolved science has a high priority at DESY and in the institutions present at the Campus Bahrenfeld, including institutes of the Universität Hamburg. This interest is fueled by the short pulse facilities available in close vicinity, in particular the Free Electron Lasers, FLASH and the European XFEL. These lightsources enable measurements of ultrafast phenomena on timescales as short as 10s of femtoseconds. However, time-resolved experiments are also performed at the PETRA III synchrotron with a temporal resolution of the X-ray pulse duration of 100 picosecond, i.e., a timescale characteristic for structural dynamics in solids, nanostructures and macromolecules. In a series of invited and contributed talks, this PIER workshop presented a comprehensive overview of instruments and facilities for time-resolved experiments available at PETRA III.

The workshop interconnected users and scientists at various beamlines at PETRA III and at other lightsources in Hamburg. The program was divided into technical and scientific talks and addresses students, experienced researchers, beamline scientists and external users, of which around 30 people attended. The poster and discussion sessions provided opportunities for discussions of cooperation in science and methods development, e.g. active X-ray optics or fast time-resolved XRD experiments. 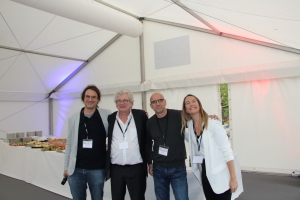 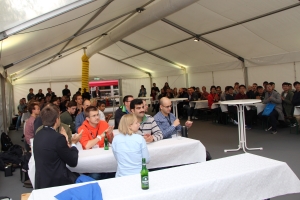 The conference "NaNaX 9 - Nanoscience with Nanocrystals" was held from 16.9. - 20.9.2019 at Universität Hamburg, organized by the physics and chemistry departments. NaNaX is a conference series established in 2003 and has since then developed to a leading conference series in Europe about chemically and physically manufactured nanostructures, their characterization, and application. Wolfgang Parak, who joined the Universität Hamburg in 2017 is one of the co-founders of NaNaX. Together with Neus Feliu, Alf Mews, and Horst Weller and their groups NaNaX 9 was organized in Hamburg located at Fachbereich Chemie. The conference was held in an open atmosphere, allowing for a lot of discussions between participants, which was fostered by poster sessions with buffet, and a home-prepared paella by the organizers for all 200 participants.